KENSHAKA ALI  Director. Acting Coach.
A true proponent of the Method, Professor Ali has the capacity to direct actors to the deepest themes of the plays he chooses.  His insights into the playwright’s premise, finding the dramatic action, and units and objectives imbue his works with a credibility and authenticity that, in my opinion, rank him as a true master of his craft.
---Isaiah Sanders, MFA, Drama Teacher, Pomona High School
He taught four differently focused advanced studio acting classes, scene study, two sections of intermediate acting, a section of beginning acting, and two highly enrolled courses on African American Theatre History, offered for the first time here.  As Chair, I got to read the confidential student evaluations and am happy to report they were enthusiastically positive about their entire experience with him in class.
---Betty Bernhard, Ph.D., Chair, Pomona College Theater
​ 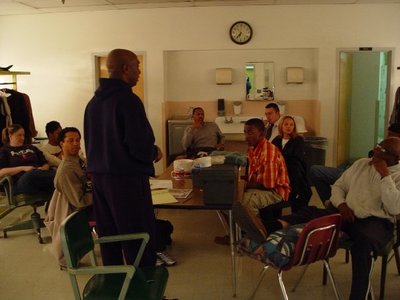 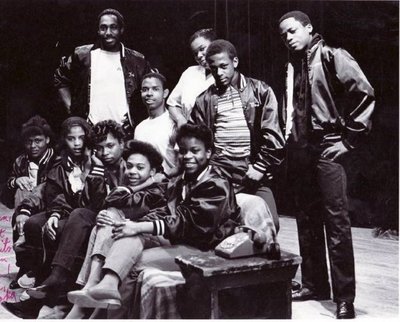 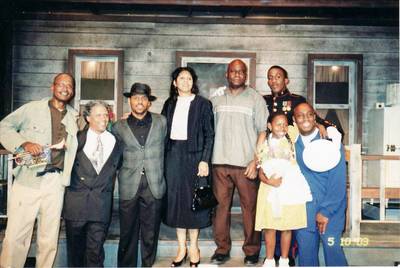 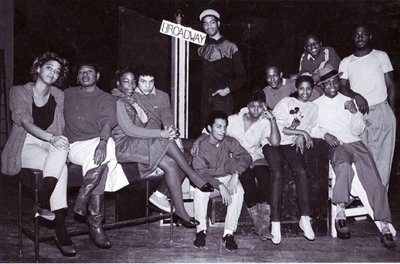 The Real Deal!
"I wouldn't be the artist I am today, if not for Kenshaka Ali. The time I spent studying with him was invaluable. His unique approach, opened my eyes, and I could see clearly for the first time. He help liberate me from my fears, by creating a safe environment, allowing me to look inward, find my light and let it shine. He is more than a coach, a teacher. He is a mentor. The Japanese word Sensei means "one who has gone before." He bestows upon you his vast knowledge and experience. Providing you with lessons that will stay with you your entire life. If not for him I would never have had the confidence and ability to write, direct and produce my own play, which I have now turned into a web series. I was very blessed to have studied with a master of the craft." ---Robert M.

Superb Coach, Mentor, and Motivator
"I had the honor of meeting Kenshaka in academia as my teacher. His knowledge and passion on the subject of acting motivated me to want to pursue acting. After that class, I got another chance to work with him on a professional production. Once more he did not disappoint; his methods and style of training can be intense, but each and every action Kenshaka implements has a purpose and will step up your acting skills.  Thank You Kenshaka, for all the hardwork you brought out of me and potential I had trouble tapping into.  Highly recommend." ---Reginald J

I was only there one semester while we both worked at Valley College, and a couple of times between my own classes, I’d come and sit in on his.   I wish I knew how to teach English in a way to make my classes so exuberant and celebratory. (Actually, I did borrow some of his techniques and began employing improvisation in some of my story telling classes)   Kenshaka’s students love and admire him for his honesty, energy, charisma, and obvious mastery of his craft.   He truly does make learning fun.  He is a caring, tough but extremely fair minded person who has an extreme love for and devotion to the arts.
---Monique Moore, Ph.D., Adjunct Instructor in English, Valley College, CA

When Kenshaka teaches, you don't just attend the class. You are experiencing the essence of what it is to be an actor. He shares, guides and helps you live in the moment. At a point you are no longer acting but being. 2010 in Fundamentals of Acting at El Camino College. The only class where I met people as not only classmates but better beings.
---Georgi Sarafov

​I am happy to write of Professor Ali’s artistic talent and theater leadership.  His productions have elevated the standard of excellence here at Ramapo, resulting in increased student enrollment and higher audience participation.  I commend him to your attention.
---Robert Scott, President, Ramapo College

I am a working actor. Moved to NYC after taking classes with Kenshaka for two years in CA. I applied myself to the skills and techniques I learned from Kenshaka and am constantly booking gigs. Take if you are serious about acting or growing up as a human being.
---Matthew H.

I highly recommend Prof. Ali for teaching or directing.  I had the pleasure of designing the costumes for our main stage production of “Darker Face of the Earth,” which he directed.  From the beginning he had a clear vision that made all our jobs easier.  He managed to create a cohesive ensemble even though some of the actors had little to no experience, and his brilliant incorporation of music and movement added to the poetic power of the play.
---Sherry Linnell, Professor and Chair of the Department of Theater, Pomona College

All the students love him! He's caring, sensitive, funny as all heck, insightful, supportive... All the actors absolutely love this guy! Get over artists trying to scam their way through class beware, Kenshaka is serious about the craft!
---David B.

In a program such as ours, where students are drawn from a broad spectrum of socioeconomic background and come with a range of skills, Professor Ali demonstrated masterful qualities of flexibility and academic rigor allowing his students to excel.  He creates a learner centered environment, and I was consistently impressed with the quality of his students’ performances and the depth of their learning.
---Emory Craig, Chair, Letters, College of New Rochelle

Kenshaka is a great teacher. He spent a lot of time with individual students helping them craft their work/scenes to perfection. I really benefited from his particular emphasis on detail (regarding scene study) because his comments were very specific on how to improve as an individual. I loved this class!
---Manzyl x

​I wanted to write to say again how very much I appreciated the wonderful contribution you have made to our course in Medieval Drama.   Your concept of placing the story in an African village opened it up in many new ways and brought the event into even closer relationship with our community, which has much interest in cross-cultural communication.  It also made the production accessible to first time actors, set builders, costumers, and the whole range of theater skills in a way which was a great learning experience and also strong motivation to use these skills in their various vocations.  From all these perspectives the production was a tremendous success, and we owe that to your leadership.  From the first day you generated a sense of enthusiasm for the production, which not only motivated those participating, but obviously was shared by our audiences as well.  Thanks again for the talent, ideas, and hard work you brought to the show.
---Dr. Jack Coogan, Professor of Communication Arts, Claremont School of Theology

Kenshaka was amazing, he was motivating & very educational. His class was a blast & he was hilarious. When in our college careers can we ever have so much fun learning so much?  I would highly recommend Kenshaka.
---Lee F.

Dear Professor Ali:
It is now 12 midnight, and I am very tired, but I felt I couldn’t go to sleep without writing you.  Admittedly, when our daughter, Debbie, suggested we come see your production of “Cloud 9,” I was not too thrilled.  The thought of driving 45 minutes to Mahwah on a weeknight after a full day’s work, to see a play my daughter wasn’t appearing in, seemed almost a chore.  But she was assistant stage manager and really seemed to want us to see it.  After walking from the FAR parking lot and getting lost in the building trying to find the theater, going upstairs and downstairs in heels--- I said to myself, “This better be worth it.”
IT WAS.  The production was as good as, and better than, many plays we have seen in New York, even on Broadway.  The beautifully designed sets “set” the perfect tone and from costumes to music it was truly a professional endeavor!
The ability of the actors and actresses to convey the frame of mind of the author was surprising in a group so young.  From comedy to distress to confusion to true love- it all came across.  The direction given to them made the audience aware of how unfairly minorities- whether African Americans, Latinos, Asians, gay people, physically challenged, and even women, are treated when all they want is to be treated as human beings.  We Homo sapiens still have a way to go to overcome our prejudices.  “Cloud 9” brought that fact home.
I cannot single out any one performer, because they were all terrific.  It is hard to comprehend how they were able to learn all those lines, make all those costume changes, play multiple characters, and still make you feel you were eavesdropping on people rather than watching a play!
After seeing the quality of your work, I can see why our daughter “sings your praises.”  Debbie will not have to talk us into coming to your next undertaking.  We are now eagerly looking forward to seeing all of your projects.
---Lynne L.

Very real, very good, often references the class to New York acting which is where he is from and worked with some greats including one of my favorites, Samuel L. Jackson.  Kenshaka is a pretty funny guy, but when the semester is ending and you should know your stuff, the grading does get tougher.  Great teacher!
---Constance M.

I took summer classes with Kenshaka and I  can say that I had the best experience at college. He made us expand our thinking and taught us a whole lot more about theater than I could have imagined.  My stammering is almost completely gone and I can present in public and actually enjoy it.  Thanks Kenshaka!  You did that.
---Taylor G.

Good professor. Excellent teaching methods. Motivates students to do well, and is willing to help always. Involves students in lecture. One of the best instructors I've had.
---Robert P.

A teacher who is committed to his work and well being for his students. Well help you without giving the answers. He knows what he teaches and is very fair about his grading system.
---Dennard L.